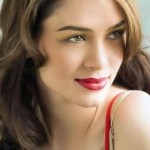 DCYC or Don’t Count Your Chickens is one of the latest play to earn game in wax blockchain. If you are playing Mining Network, you’ll surely love this game as the game economics is inspired by MN game. Though not whitelisted by Atomic Hub and Nefty, MN is still active and profitable to play with high-value tokens.

The game uses “NFT stealing” mechanics for a twist. The game has a risk tokenomics mechanic for NFT & FT that allows your NFT to steal other items for you. All this happening in blockchain.

When a player opens a pack, there is a 10% chance that the NFT item will be stolen ingame by a fox.

To start the game, players need to have at least 1 chicken or fox NFT.

Chickens need to be sent to a mission to earn $GOLD. Each mission lasts 12 hours and you can select from 4 locations available: north, south, east, and west. Only after 8 missions, players can claim the gold rewards. However, there is a chance that gold rewards may be stolen by foxes. Players can level up the chickens to increase their defense against the fox. You can own as many chicken NFT, but only maximum of 40 chickens can be send to mission.

Fox needs to be staked ingame to collect $EGG and $GOLD stolen from chickens. This occurs during chicken missions and plays a withdrawal of $EGG.

In the future, there will be a PVP mode in the game.

There are few game NFTs you can buy to play the game.

Game have below packs for players:

Vermundo Pack – it is a free pack that contains common chicken, airdropped to early supporters and holders of ticket.

Starter Pack – it contains either chicken (99%) or a fox (1%). Chicken have 8 different random characters

Standard Pack – it contains either chicken (90%) or a fox (10%). Chicken have 13 different random characters.

Elite Pack – it contains elite chicken (90%) or elite fox (10%). Chicken have 13 different random rarities. Elite NFT’s receive taxes from all other NFT’s in the game.

Game Pack – it contains either chicken (90%) or a fox (10%). Chicken have 13 different random rarities. Unlike standard pack, this pack can be purchased via ingame market.

There are 5 different foxes to collect. They have better rewards than chicken as they have the ability to steal NFT from other players.

Land NFT is for Season 2. Right now, it is not available and no use for it. Each land will have gold mine that can be upgraded for better rewards. PVP will also use the land.

Not many details about it, it’s not yet introduced in the whitepaper.

GOLD is the in-game currency used in level up and mission cost. Players can earn GOLD by sending their chicken in a mission.

EGG is the main game currency, listed and tradeable via Alcor Exchange. Players can exchange their GOLD to EGG via game exchange. The rate however is constantly changing, based on game algorithm. This is same with Mining Network.

The game is LIVE and currently in Alpha stage. Players can already play the game, but can only use COMMON chickens.

Coming this Sept 16, the game will have its first-ever pack sale. Details are as per below.

See below roadmap details as posted in the game whitepaper. The game is a registered company in England with below details.

The team, however, is comprised of these 5 individuals. To know more about the game, visit DCYC website and join their DISCORD for more updates.